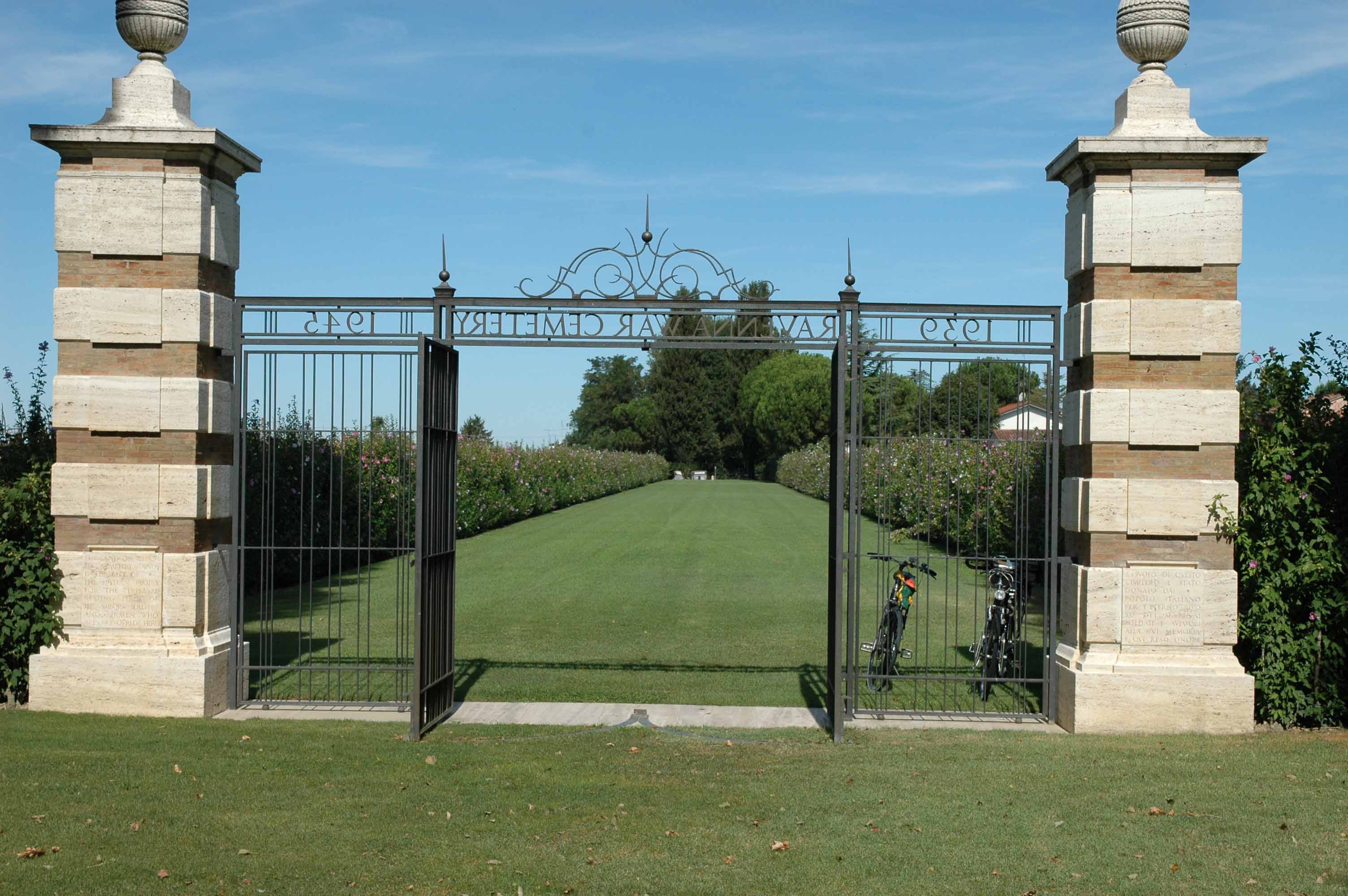 The site for the cemetery was selected by the Army in 1945 for burials from the surrounding battlefields. Ravenna was taken by the Canadian Corps at the beginning of December 1944, and the burials in the cemetery reflect the fighting for the Senio Line and the period of relative quiet during the first three months. Many of the men buried here are Canadians; one of the last tasks of the Canadian Corps before being moved to northwest Europe was the clearing of the area between Ravenna and the Comacchio lagoon. Others are Indians from the 10th Indian Division, and New Zealanders. Among those buried in the cemetery are 33 men of the Jewish Infantry Brigade Group which was formed in September 1944, chiefly by volunteers from Palestine; the burials at Ravenna form the largest concentration of casualties from the Brigade. 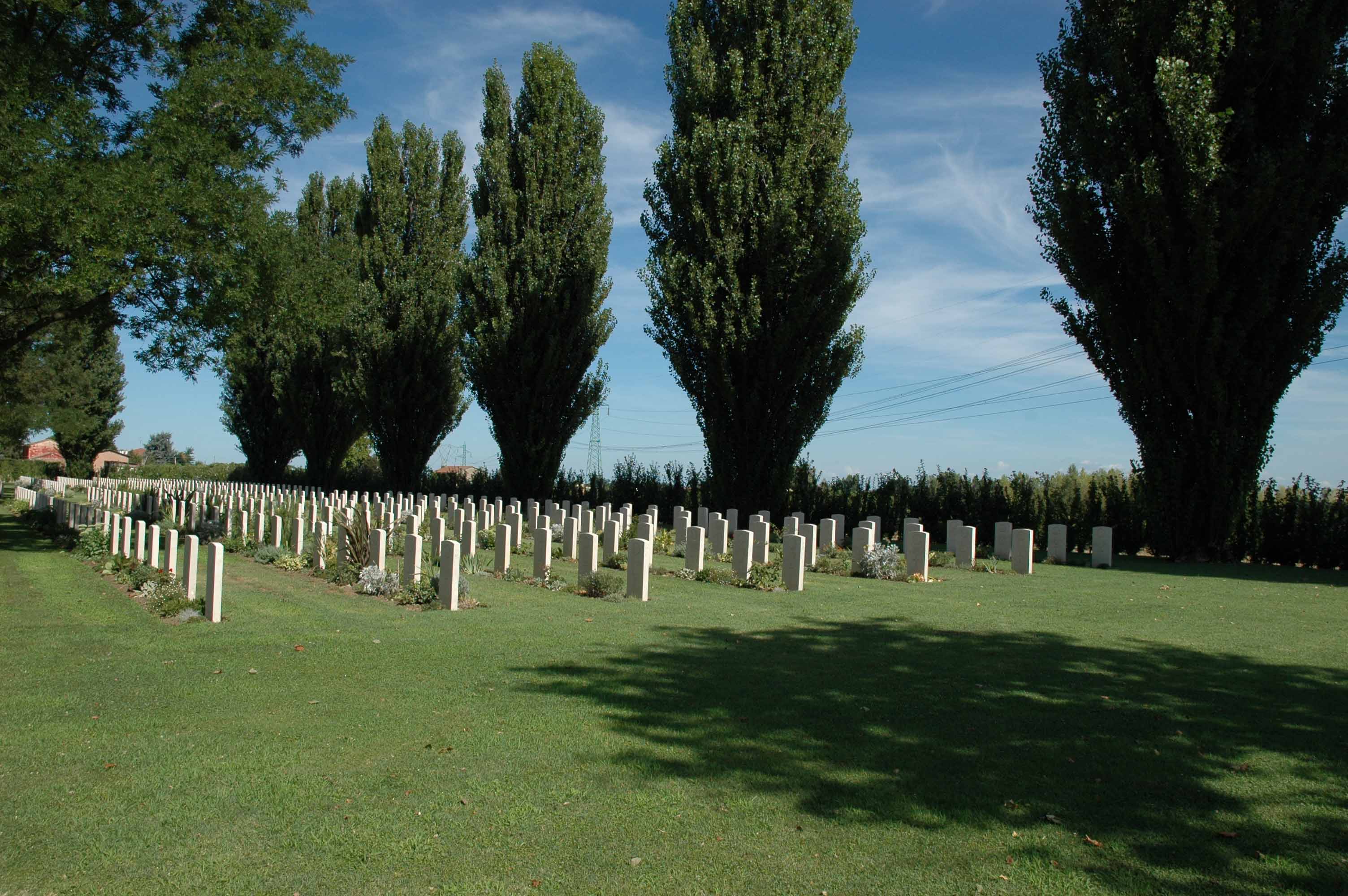 The cemetery lies on a communal road 1 kilometre south of SS16 from Ravenna to Ferrara near the village of Piangipane in the Commune and Province of Ravenna. The turning from the main road is at the 143 kilometres stone, 12 kilometres west of Ravenna. The turning is marked with a CWGC sign and a road marked “Piangipane 4 kilometres” Continue along the minor road until a further CWGC sign is seen. The entrance to the cemetery is located on the left hand side of the road. 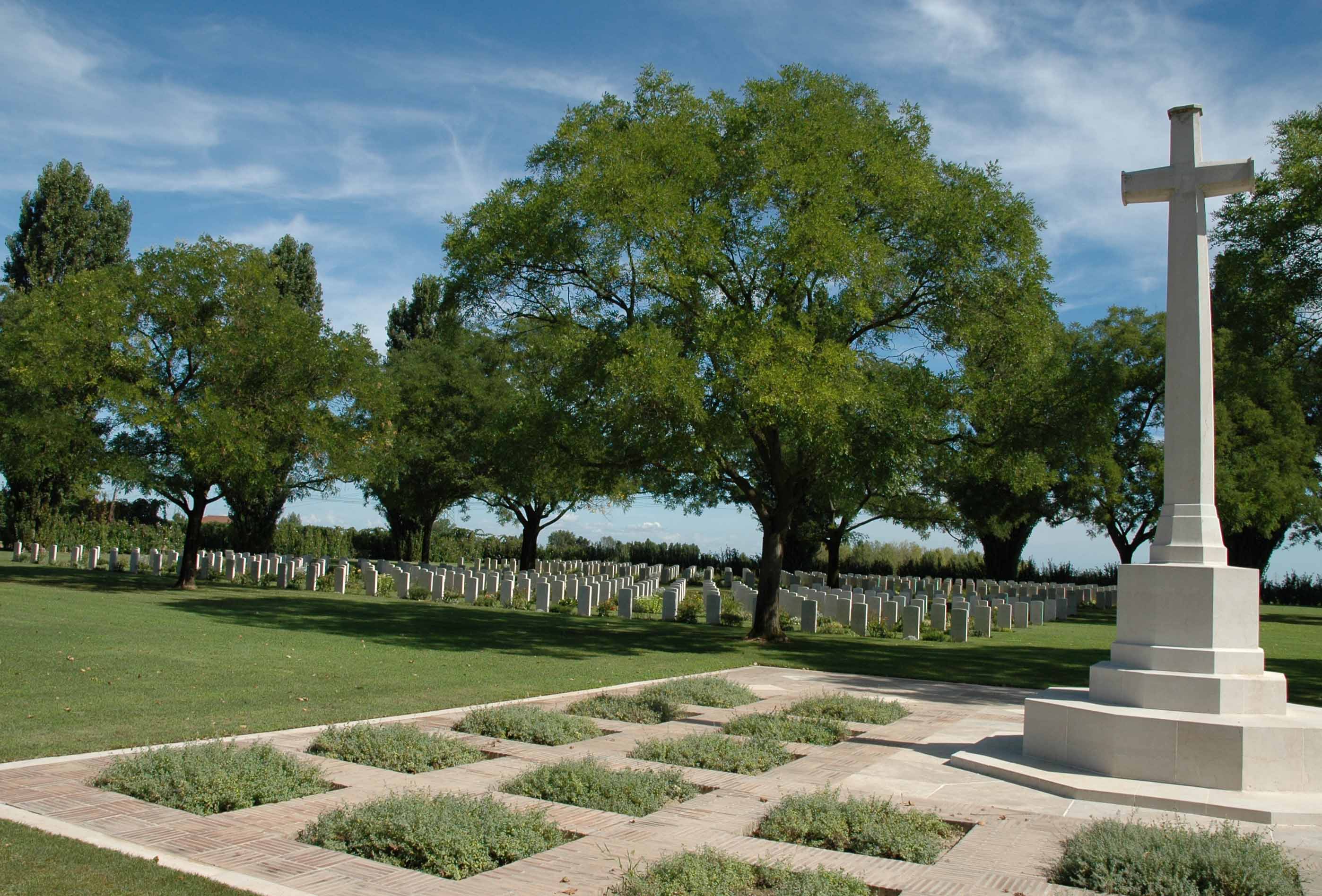