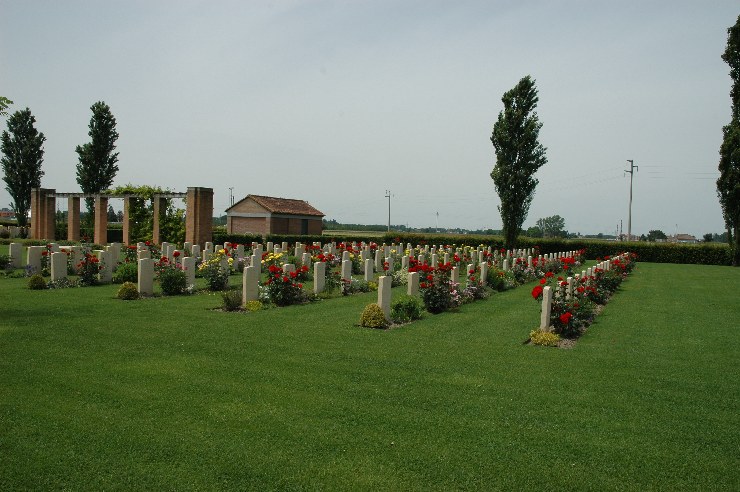 The site of the cemetery was chosen by the 78th Division and was later enlarged by the concentration of burials from the surrounding district. It marks the final stages of the hard fighting in Italy in the Spring of 1945 and contains, among others, the graves of many Commandos engaged in the amphibious operations on the shore of the Comaccchio lagoon early in April 1945. 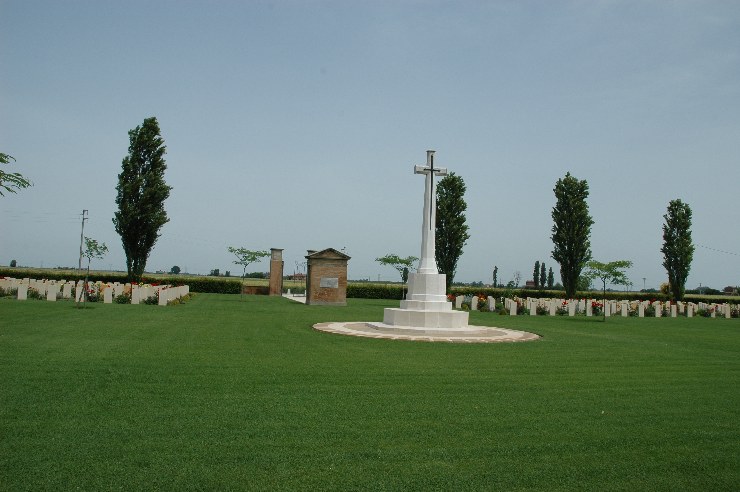 The cemetery lies in the Commune of Argenta in the Province of Ferrara and the town of Argenta is 2 kilometres south of the cemetery on the SS16 connecting Ravenna with Ferrara. 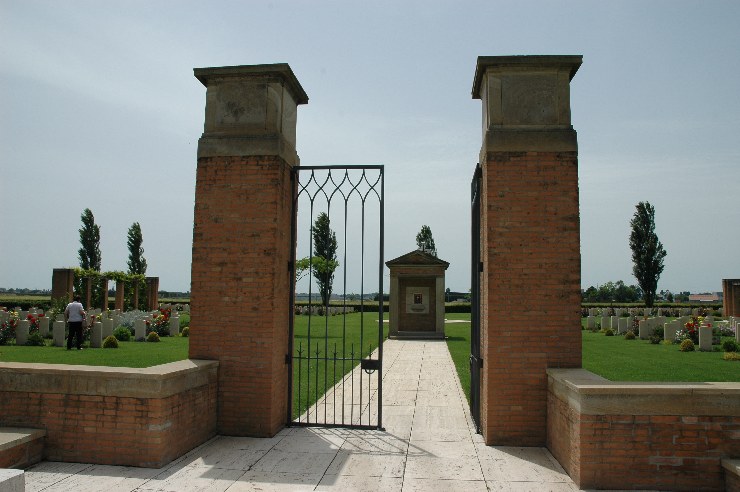