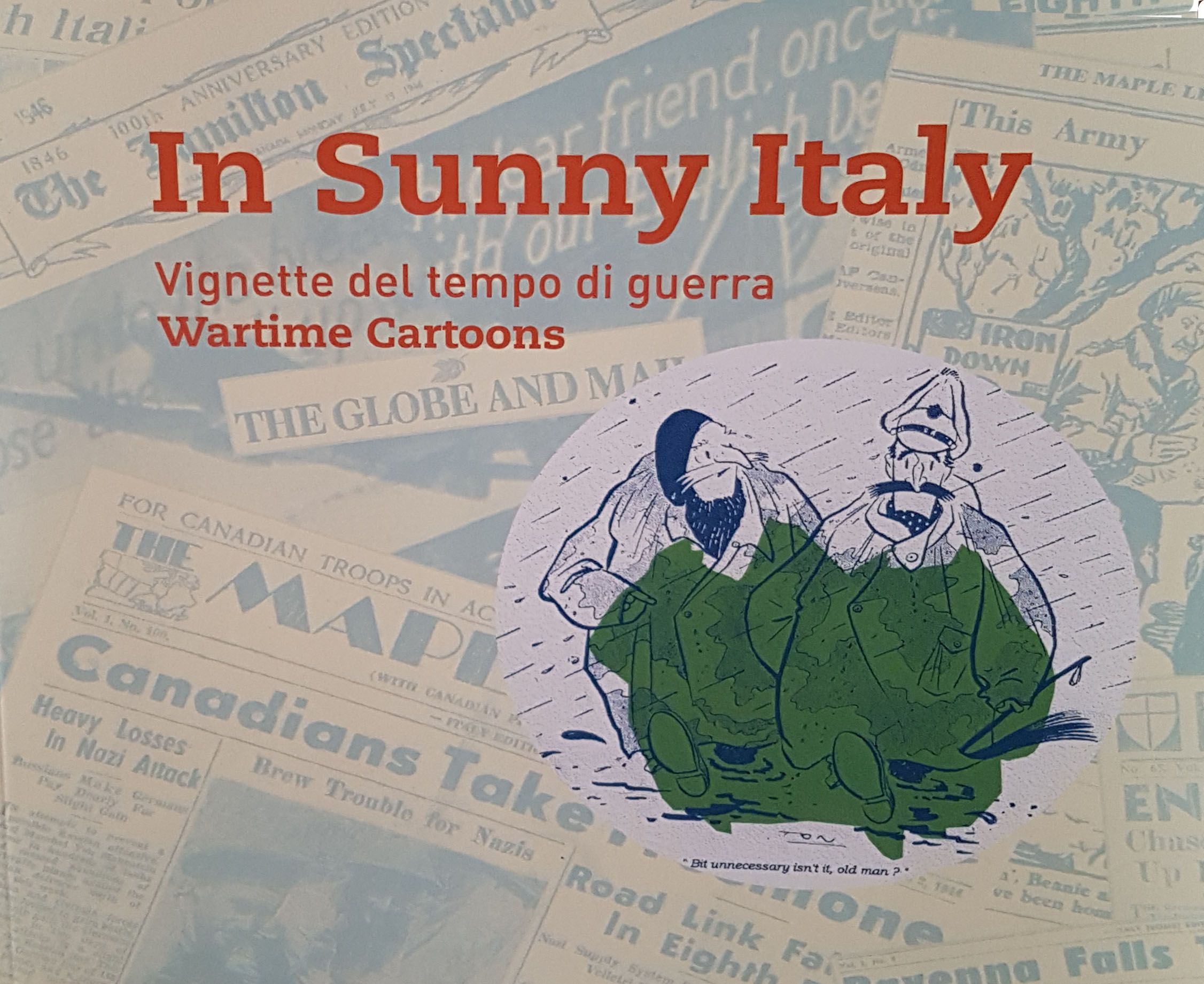 The vignettes in this book have been collected as part of a research project, and show soldiers’ lives in the Eighth Army from an unusual angle: humorous cartoons. Most of these cartoons were created by two journalists, the Briton W.J.P. (Jon) Jones and the Canadian William “Bing” Coughlin. Both men took their inspiration from situations or episodes which really happened during the war. Then, as now, cartoons and caricatures were a way of looking at these situations light-heartedly. In those terrible moments the humour and irony of cartoons about military life and tough discipline very often helped to ease tensions. It was almost like saying: “Things are going so badly that all we can do is laugh!”

Jon Jones, a seconded officer in the Welsh Regiment provided the type of humour that every wartime newspaper needed. He based Two Types on the adventures and misadventures of two moustachioed British officers. They represented the quintessence of caricatures of officers who belonged to “Eighth Army’s Desert Rat”, with their showy non-issue uniforms, irreverent attitude to authority and cheery disregard for danger. Cyril James, a journalist and officer of the British Army captured in words the drollness of Two Types. There is the “Fair Type”, with his soft beret and look of pop-eyed astonishment at a world full of surprises, and the “Dark Type”, so proud of his hat which he bought in Burlington Arcade and so ready to do most of the shouting. The humour which pervades the Two Types cartoons is typically British and sometimes not immediately or easily comprehensible. Nevertheless, it always describes situations with great effect.

Coughlin was in the Princess Louise Dragoon Guards and also worked for The Maple Leaf, the Canadian Army newspaper. Herbie was his best-known character and represented the ordinary soldier so well that Canadian soldiers became known as Herbies. Herbie was so famous amongst Canadian troops that in 1944 he was named Canadian Man of the Year and was their travelling companion throughout the war.

Two Types was published in The Eighth Army News, while Herbie was in The Maple Leaf, and they became so famous that most of the cartoons were subsequently published, along with others which had never been seen before, in collections.

John Thurlby and Alan Woods, Honorary Citizens of Bagnacavallo, and Gordon Bannerman, a courageous Canadian soldier who fought in our area, have supplied the majority of the cartoons. Alan in particular has been a great help in deciphering and explaining the captions for Two Types, and has sent some personal notes. He wrote:

“Some of the cartoons seem strange now, sixty-odd years later, but they were morale-boosters at the time for the 8th Army.

They also made friends easily, not least with the civilian population. If they did make fun of the Italian winter weather, they also developed a great affection for your country and its people.”